Bhakti and Yoga: A Discourse in Seventeenth-Century Codices (Hardcover) 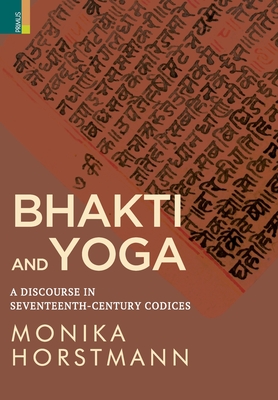 Bhakti and Yoga: A Discourse in Seventeenth-Century Codices (Hardcover)

The religious order named Dādūpanth, which originated in Rajasthan, produced a wealth of manuscripts from about 1600 onwards. From the begining of this manuscript culture, huge codices were produced representing a chorus of voices, and reflecting the decisions made by the compilers or copyists regarding the validity of texts or entire traditions. These codices also served as the study manuals and homiletic tools of the compilers and copyists, all of them sadhus, who were more often than not also the users of these books. The discourse generated by them represents the intellectual and religious cosmos of their makers. In these codices, bhakti texts and the vernacular works of yogis are transmitted simultaniously, along with works representing a broader Vaishnava tradition, thereby documenting the dialogue of bhakti and yoga, and how commonalities and boundaries between the two were negotiated.