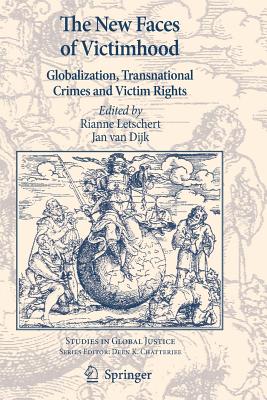 Globalization is changing the victimological agenda by generating new types of victims, raising awareness of global responsibilities for their protection and eroding the capacity of states to offer it. Examples are victims of transnational organised crime including human trafficking, victims of cyber crimes, terrorism and cross-border environmental crimes.

The concept of human security has been introduced as an analytical tool to understand how growing international interdependencies produce a need to protect new categories of victims regardless of national borders. Whereas the concept of national security focuses at threats to the sovereignty of the national state, human security looks at threats to the sovereignty of individuals. In this context, the individual human being is not just defined in terms of vulnerabilities, but also of strengths and capabilities to act as agents of change (victim empowerment).

New international arrangements to protect victims in the emerging global arena are under development. Several international treaties have been elaborated in recent years to address the new global security threats. Modern concepts about victim involvement from national criminal law have been transposed into new international criminal law. In many of the treaties, victims of crime have been given procedural rights, transposed from national criminal law (eg. the UN Convention on Transnational Organised Crime and its three protocols have incorporated several elements of the UN Victims Declaration of 1985). It remains to be seen how these individual or collective rights will work out in practice in trials against maffiatype organisations or companies engaging in corrupt practices.

Developments at the global or UN level are replicated at the level of the European Union. Although the development of European criminal law is resisted by many member states, there are incremental trends nevertheless. The European Council's framework decisions on human trafficking and on victim rights and the directive on state compensation for victims of violent crime are important instances of victim protection in the framework of EU-based criminal law. The further development of such EU legislation on crime victims as well as its implementation can illustrate how state formation at the European level impacts on victim issues.

A related recent trend is the growing attention for international humanitarian law and specifically for the procedural role of victims therein, eg. the inclusion of an elaborate set of victim rights in the Statute of the International Criminal Court. This set of rights stands in stark contrast to the exclusion of the victim in the Neurenberg en Tokyo trials. It can be understood as the fruit of growing awareness of the responsibility of the world community for the protection of private besides collective interests against state violence regardless of national borders. It remains to be seen how these transposed rights, such as the right of reparation, will work out in the setting of the International Criminal Court and whether they will strengthen or weaken prosecution by the new, fledging international structures.

Still largely unchartered territory are the victimological dimensions of cyberspace, perhaps the most radical manifestation of globalisation. The weak roles of traditional national states as well as international structures in cyberspace may explain the absence of a discourse on victim protection in this domain so far but such discourse seems long overdue.

The internationalisation of criminal law is in full swing and the emergence of rights and entitlements of victims in international criminal law treaties on crime, corruption and terrorism and in supranational settings such as the International Criminal Court, merits academic reflection. Equally topical seems reflection on the role of victims in international environmental law. Finally, there is an obvious gap in victim protection in cyberspace that calls for critical exposure and debates about remedies from state-of-the-art state authorities or public- private- partnerships.

The leading theme of a collection of papers from Intervict researchers will be the relationship between processes of globalisation, emerging threats to human security and the development of new national and international arrangements to protect and empower victims.