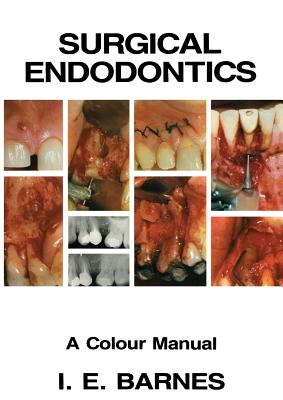 
Not On Our Shelves—Ships in 1-5 Days
This book is derived from a series of articles written for dental practitioners and first published in Dental Update. The articles were written as a consequence of running a weekly clinic, concerned largely with the correction of referred endodontic problems. In most cases the 'problems' did not exist and were treated simply by redoing the root filling or by undertaking a straightforward apicectomy. Regrettably, in many other cases, the problem would not have existed had the previously undertaken, and potentially simple, apicectomy been carried out competently. There is no good reason why apical surgery should not be undertaken by the general dental practitioner as part of the patient's overall treatment. After all, the problem will usually have arisen either during, or as a result of, routine dental treatment. In addition, the tooth may require to be restored, either at the time of surgery or fairly soon thereafter. Regrettably, inexperience in the handling of soft tissues, and concern about the risk of damage to associated structures, often deters the dentist from attempting what is, if sensibly approached, an uncomplicated minor dento-alveolar operation. Chapters 1-8 introduce the reader to the basic techniques of apicectomy. Chapters 9, 12, 16 and 17 will, it is hoped, help the interested dentist to develop a competence to treat more complex cases, once he or she has become proficient in the basic skills.