The Book of Requiems, 1450-1550: From the Earliest Ages to the Present Period (Hardcover) 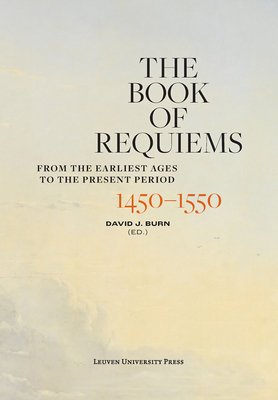 The Book of Requiems, 1450-1550: From the Earliest Ages to the Present Period (Hardcover)

Few western musical repertories speak more to the imagination than the Requiem mass for the dead. The Book of Requiems presents in-depth essays on the most important works in this tradition, from the origins of the genre up to the present day. Each chapter is devoted to a specific Requiem, and offers both historical information and a detailed work-discussion. Conceived as a multi-volume essay collection by leading experts, The Book of Requiems is an authoritative reference publication intended as a first port of call for musicologists, music theorists, and performers both professional and student.

Volume I treats the Requiem's liturgical and chant background, the craft of early Requiem composition, and eight of the earliest composed Requiems, from c. 1450 to c. 1550.

The Book of Requiems is a multi-volume set. More volumes will be announced soon.

David J. Burn is professor of musicology and head of the Early Music Research Group at KU Leuven.