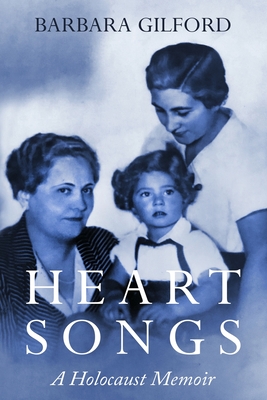 When the Nazis invaded Czechoslovakia in March 1939, the Buchsbaum family chose different paths to escape Nazi brutality. Intelligence was not enough to survive the SS; bad decisions could prove fatal. Their stories live in Heart Songs - A Holocaust Memoir, and form the legacy of love and loss inherited by the author, a second-generation Holocaust survivor.

Grandmother Clara Buchsbaum fled to Italy in 1939 and found refuge in the mountain village of San Donato Val di Comino. There, the local residents sheltered twenty-eight Jewish refugees, risking their own safety by hiding them from German soldiers.

Clara's letters to her son, John, who had escaped to England before emigrating to the United States, illustrate her relentless efforts to obtain a visa to a country beyond Europe's borders. She sustained an unimaginable optimism despite separation from her beloved family and an uncertain future.

In telling the tragic story of the grandmother she never knew, the author explores historical, familial and psychological aspects of the Holocaust. Heart Songs illuminates the consequences of inherited grief and unmourned losses, and celebrates the strength and resilience of those who died and those who survived.