Middle Rages: Why The Battle For Medieval Studies Matters To America (Paperback) 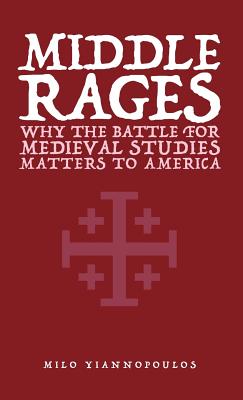 Middle Rages: Why The Battle For Medieval Studies Matters To America (Paperback)

Medieval Studies is the critical study of Europe's self-identity. No understanding of Western civilization is possible without it. Inevitably, Left-wing academics want to introduce gender studies and race theory to the field--and punish those who refuse to conform. When one University of Chicago professor dared to publicly celebrate the Christian identity of the Middle Ages, she was branded a 'violent fascist' and 'white supremacist' by her colleagues.

Now Medieval Studies scholars are tearing their own discipline apart with witch-hunts, name-calling, boycotts and intimidation. The damage done to academia could be incalculable. In this influential essay, originally published to widespread acclaim online, New York Times-bestselling author and award-winning journalist Milo Yiannopoulos explains why all Americans should care about the newest front in the cultural war, the academic battle for the Middle Ages.