The Trial of Roger Stone (Paperback) 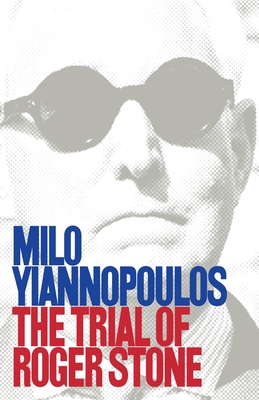 The Trial of Roger Stone (Paperback)

The Mueller Report was a catastrophe for the malevolent forces desperate to impeach President Donald Trump. It failed to prove any collusion between the Trump campaign and Russia. Since then, many of the President's former advisors and associates have been subjected to vindictive, political prosecutions for a variety of trivial, unrelated offenses. Roger Stone is one of them.

In this moving, eyewitness account of Stone's trial and his decades-long career of political chicanery, author and Stone intimate Milo Yiannopoulos introduces America to the man behind the myth--and explains how the biggest stitch-up in modern judicial history unfolded. He offers a plea to President Trump to step in and do the right thing, and finally, he explains how we can prevent such grotesque injustices from happening ever again.

Milo Yiannopoulos is a New York Times-bestselling author, an award-winning investigative reporter, a globally-recognized free speech icon and by common consent the most censored, most lied-about man in the world, banned from stepping foot on entire continents for his unapologetic commitment to free expression. His first book, Dangerous, sold over 200,000 copies, despite never being reviewed in any major publication.