The Magical Path to the Acropolis (Hardcover) 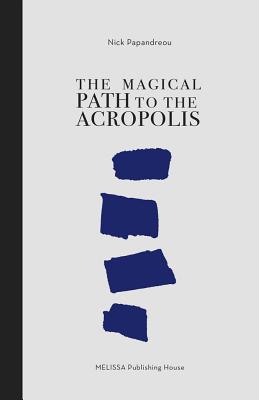 The Magical Path to the Acropolis (Hardcover)


Special Order—Subject to Availability
(This book cannot be returned.)
The Magical Path to the Acropolis studies the work of the eccentric perfectionist-architect/proto-ecologist Dimitri Pikioni, who, one year short of seventy, was suddenly tasked with a work of major historical and psychological weight: to create new paths to the ancient monument of the Acropolis. His approach was that of a writer constantly revising his drafts. He would draw versions of the paths on rice paper, erase and re-draw, and then when he got to the land itself he would abandon his sketches and improvise. He would kneel to place a stone or large slab on the path, stand back, look at the way the light formed shadows around the new arrangement, take a small mallet or chisel, shape the stone slightly differently, then stand back and look at the outcome once again. He uprooted all the cypresses, planted hundreds of olive trees, and brought in herbs and bushes from the Attic countryside that were consistent with the flora of ancient times. When he worked, the material-the earth, the stone, the land itself-seemed to be an extension of his inner self.