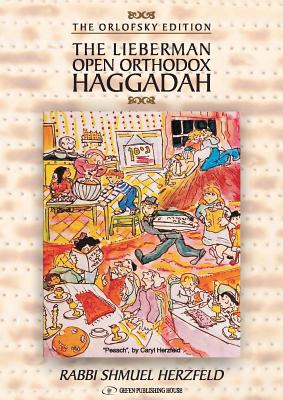 The Lieberman Open Orthodox Haggadah (the Orlofsky Edition) addresses some of the burning issues of our times through the lens of the rituals and texts of the Seder night. As we recognize that in every generation we are to seek liberation and freedom, this Haggadah demonstrates an activism that stems from rather than being stymied by our ancient traditions. Open Orthodoxy is a stream of Orthodoxy that combines a strict adherence to Jewish law with an openness and flexibility on certain contemporary issues. With contributions from prominent and original thinkers and an introduction to the term Open Orthodoxy from Rabbi Avi Weiss, this Haggadah discusses some of these cutting-edge concerns such as women as clergy within Orthodoxy (i.e., the Maharat phenomenon), the agunah crisis, and the interaction between Jews and Gentiles.