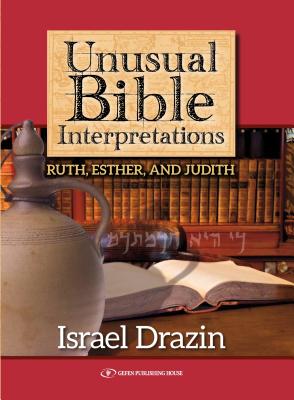 This fourth volume of the Unusual Bible Interpretations series explores the biblical books Ruth and Esther and the apocryphal book Judith, which Jews and Protestants did not include in the Bible. Similar to Joshua and Judges, neither Ruth nor Esther shows any familiarity with the laws in the Five Books of Moses. Remarkably, Judith contains more religious expressions than either Ruth or Esther. Why, then, did the rabbis exclude it from the Bible? After a detailed analysis of the story, this book offers an answer to this age-old question. The volume contains a plethora of unexpected and thought-provoking facts, such as: