The Lore of the Chinese Lute (Hardcover) 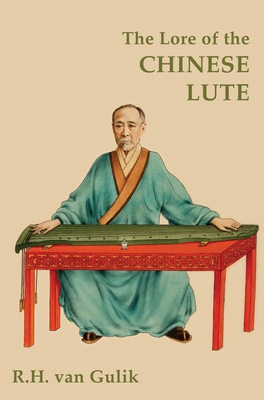 The Lore of the Chinese Lute (Hardcover)


Not On Our Shelves—Ships in 1-5 Days
(This book cannot be returned.)
The lute, ch'in or guqin is one of China's oldest and most revered musical instruments. Records indicate that it has been a favourite of the literary classes for more than 2,500 years; Confucius himself was a great lover of the instrument. Over the centuries, it became representative of the life, taste and pastimes of the Chinese literati. In addition to its contributions to solo and orchestral musical arrangements, a wealth of symbolic meaning accrued to the lute over time. Not only was knowledge of the instrument reserved for the literati; its study was believed to be conducive to meditation and to facilitate intellectual enlightenment. While a significant body of literature has been written on the lute in Chinese, the present monograph is the first to assemble a broad picture of the instrument and its cultural significance in English. The author, a renowned Sinologue and linguist, studied the playing of the instrument under one of the most famous lute masters of his age.