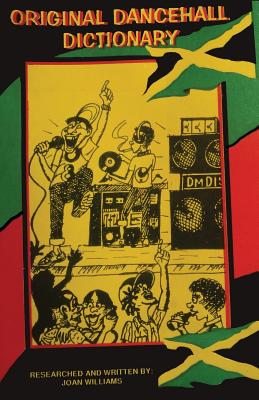 
Not On Our Shelves—Ships in 1-5 Days
(This book cannot be returned.)
START TALKING LIKE A JAMAICAN TODAY. Love Jamaican reggae music and our expressive language? Love a great laugh too? This is the right book for you. As reggae/dancehall music has become very dominant in our culture, artists and their youthful followers continue to play a huge role in the development of our language, known as patois, as they are constantly coining words and phrases that baffle even older Jamaicans and certainly foreigners. Also as people worldwide swing to our music and tales about our scenic country with its numerous natural attractions continue to seduce everyone who hears about it thus becoming a well -known and greatly sought after tourism destination in the Caribbean, since most Jamaicans do not automatically speak English but only when required, this dictionary is critical to travellers as well music lovers. For you never know when your dream will come through and you not only have the pleasure of rocking to our music but also get the opportunity to visit us. This is 6th edition of the Dictionary, a publication which since 1993, has been doing an invaluable job in helping the world understand our language and the cartoons not only assist in the translation but also they add to the hilarity of the publication. Our Dictionary therefore will satisfy all your needs in a most humorous way. Yea mon. No problem mon. Irie. Just think how much more you will enjoy the pulsating beat of reggae/dancehall music and a visit to our seductive island if you could understand what we are saying or singing about However, to understand our language or even speak like a Jamaican, you do not have to study complicated pronunciation rules like for English, as everything you see is pronounced phonetically. Yeah mon. So start your lesson in the Jamaican language today. Lesson 1. If an artist at a stage show is giving a great performance, what do you shout most exuberantly" Hat it up yes" and when the performance is lousy make sure you shout "Pack Up and park". Thirsty? You need to "beat sum juice" and if your partner eats everything in sight? That makes him " Nyami nyami". When you cannot understand what is being said if you do not indicate that you have a problem "overstanding: " you will continue to be left in the dark Need to feel irie? A Bob Marley is a large marijuana/ganja cigarette/ spliff. So named as the great reggae artist's most famous poster has him holding the huge sample. And to make it easy for you to follow the logic of the language, the little cigarette/spliff is called a Ziggy after Bob's eldest son...little Bob Oh the joys of the Jamaican language. Right Mi Pree? Wi flex good. So much to learn, so little time. So kick back and enjoy learning one of the most useful, beautiful and expressive languages in the world.
Joan Williams hails from Jamaica and was educated in Canada, USA and Jamaica and holds a BSc in Economics. Her initial tertiary training was in computer programming but she decided very early that she preferred to work with humans and not machines. It was however hearing her late son, a music lover, using strange words and phrases that alerted to the new and ever evolving language being developed by the youth in her country. This sent her out on a quest to research and record the new language, thus leading to the birth of the Original Dancehall Dictionary in 1993. It was however her passion for writing that saw Ms. Williams becoming a columnist at one time or the other with all the daily publications in Jamaica as well as for the Miami based Caribbean Today and the Amnesty International magazine. Ms. Williams along with one of her mentor's, the late Anthony Abrahams, a former BBC broadcaster and Rhodes Scholar, developed the "Breakfast Club" which led to the revolution in morning talk radio in Jamaica. She was for almost two decades the alternative host for the popular radio talk show "Perkins on Line" and today she moderates her own programme "Joan Williams on Line." This is aired on Power 106 and heard worldwide at; http: //go-jamaica.com/power/ Ms. Williams has authored nine books to date, beginning with the popular "Back A Yard" series in the early nineties. This series of six was a satirical review of Jamaican politics. In 1995 she wrote the first "Tour Jamaica". The 4th edition was published in 2014 as an ebook. Her most recent publication, "Looking Back....... the struggle to preserve our freedoms" is now a Kindle ebook and gives an excellent overview of the period when there was an "undeclared civil war" in Jamaica in the 70's. The cold war had spilled over to the small island of Jamaica forcing Ms. Williams to become an active participant in politics at that time. Although concentrating on writing, Ms. Williams finds time to be active grandmother in the lives of her two grand kids, Shadrach and Madelynn; an accomplished artist; an avid cyclist and explorer of the great outdoors and a world traveler.