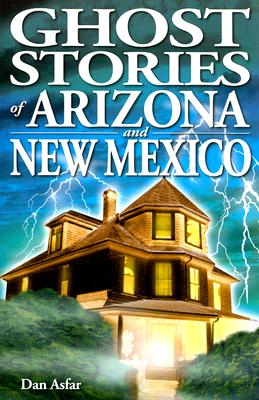 
Not On Our Shelves—Ships in 1-5 Days
Join feted paranormal storyteller, Dan Asfar, on another breathtaking journey through the paranormal landscape of the United States. Where go ghosts, so goes Ghost House, in this case following supernatural denizens to hot and arid Arizona and New Mexico, where: - A camper at Bonita Lake, New Mexico, is lured out of his tent in the middle of the night, where he has chilling encounter with a mysterious black figure - A Phoenix resident discovers a helpful haunt in his new home - Troubled spirits linger on in long-abandoned Yuma Territorial Prison in the Arizona desert - A brutal mining accident scars the history of Dawson, a haunted ghost town in the Sangre de Cristo Mountains in New Mexico.
Dan Asfar has written about the history of the Old West and also has published nine collections of regional ghost stories. Asfar, who has a university degree in history, has traveled extensively across North America and has visited Australia and Mexico in researching tales of the paranormal.