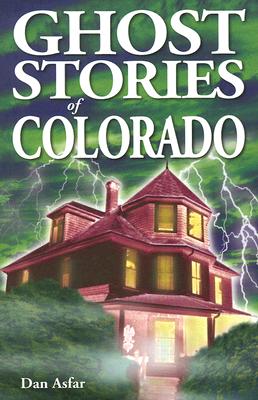 
Not On Our Shelves—Ships in 1-5 Days
The rich and rugged history of Colorado is filled with both spectacular successes and dashed dreams. It is a land of Native Americans, pioneers, miners, ranchers and soldiers. Against this backdrop Dan Asfar explores the ghosts, poltergeists and other residual spiritual inhabitants of the Centennial State: * The apparition of a bandit rides forevermore on a rugged trail in South Park, scouring the countryside for its missing head * Two brothers seek shelter form a storm in a haunted old ranch house in Coyote Gulch, where long ago a lonely traveler was murdered * In Georgetown, the spirit of a young Austrian is angry after being lynched without a trial for the mysterious murder of his boss, a temperamental butcher * Spirits haunt the banks of Sand Creek, where hundreds of Cheyenne and Arapaho were massacred by troops led by a man driven by his lust for power. * For anyone interested in peering into the edge of mystery, Ghost Stories of Colorado is sure to prove a chilling and unforgettable treat.
Dan Asfar has written about the history of the Old West and also has published nine collections of regional ghost stories. Asfar, who has a university degree in history, has traveled extensively across North America and has visited Australia and Mexico in researching tales of the paranormal.