Atoms and Persons: The Search for a Consistent View of the Physical and Humanistic Perspectives (Hardcover) 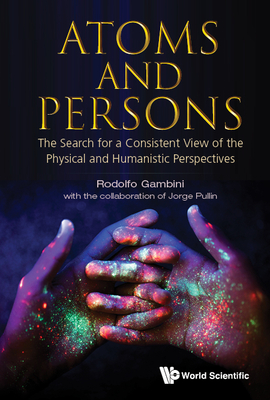 Atoms and Persons: The Search for a Consistent View of the Physical and Humanistic Perspectives (Hardcover)


Not On Our Shelves—Ships in 1-5 Days
(This book cannot be returned.)
What is consciousness? Does free will exist?There exists a widespread conviction that the recent scientific discoveries, especially those related to physics and biology, in particular in contemporary neurosciences, question the traditional attempts to give meaning to life and a basis for our moral compass. Current scientific thinking usually identifies the mind with the mere exchange of electrical signals among neurons. It claims that consciousness is an irrelevant epiphenomenon and that introspection is an unreliable instrument to achieve any form of knowledge. Also, that the physical universe is causally closed and therefore all that occurs only has physical causes and all kind of freedom is excluded. The problem of assigning meaning and purpose to our lives, to the essential conceptions of the value of human life and social justice, becomes practically insoluble if one accepts the predominant notions that supposedly stem from contemporary science. The clash between the scientific and humanistic conception of human beings seems to have no option but to abandon the latter.The aim of this book is to show that, contrary to what is usually considered, current advances in science allow to re-evaluate the role of consciousness and human freedom without entering into contradiction with empirical evidence or scientific theories in place today. The book starts by analyzing the certainties provided by the scientific thought and philosophical reflection while discussing the role and content of physical theories, and in particular, quantum mechanics. It discusses in detail the nature of quantum objects and the role they may have in consciousness. In particular, it analyzes models that allow phenomena of quantum nature to manifest themselves in the brains of animals and humans, and account for many of the properties of consciousness. Finally, we analyze how self-conscious and free entities like persons emerge, making compatible the scientific view with a renewed and better supported way of perceiving people, their values and culture.