Differential Equations and Their Applications: Analysis from a Physicist's Viewpoint (Hardcover) 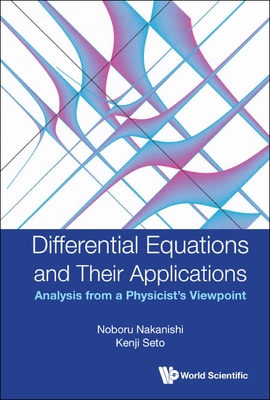 Differential Equations and Their Applications: Analysis from a Physicist's Viewpoint (Hardcover)


Not On Our Shelves—Ships in 1-5 Days
(This book cannot be returned.)
This book is written for students and researchers who are fond of mathematics and the natural sciences. It consists of two parts. Part I presents the theory of analysis in which the mathematical theory is described not as an accomplished palace, but as a building under construction. It uncovers how a theory has been or is being constructed. In Part II, the theory of differential equations is applied to interesting practical problems, such as pursuit-line and tractrix, attack on an object from an airplane, an insect crawling along a stretching rubber rod, the SIR model of a virus infection, string vibration, circular membrane vibration, as well as the wind ripple, sand dune and wave phenomena on a highway. Furthermore, the problems of a one-dimensional lattice vibration, the keyboard percussion vibration and the eigenvalue problems in quantum mechanics, such as the Aharonov-Bohm effect, are also investigated in detail.