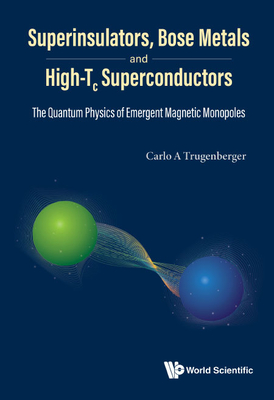 
Not On Our Shelves—Ships in 1-5 Days
(This book cannot be returned.)
In 1931 Dirac showed that topologically quantized single magnetic charges, magnetic monopoles, while classically forbidden in a gauge theory, are allowed alongside electric charges in a quantum theory of electromagnetism. Such topological magnetic excitations are indeed admitted in the spectrum of most grand unified field theories of elementary interactions. Despite 40 years of dedicated search efforts, nonetheless, they have never shown up in any experiment. This, however, does not preclude the possibility of topological magnetic monopoles being realized as excitations in emergent condensed matter states, where they would be much lighter and easier to create.This book is about the physical effects of such emergent magnetic monopoles. These range from a new mechanism for local, strong pairing of electrons possibly relevant for high-T superconductivity, to the formation of a new quantum phase of matter when monopoles condense. In such a condensate the electric interaction becomes extremely strong, so much so that only extended neutral states survive, with the consequence of an infinite resistance, even at finite temperatures. This state, called a superinsulator, is a dual superconductor and has been experimentally detected in various materials. In a superinsulator the electric interaction becomes analogous to the strong interaction holding quarks together in colour-neutral hadrons. Even more interesting is the case when the condensate carries both magnetic and electric charge. The ensuing state has properties that are strikingly reminiscent of the mysterious pseudogap state of high-T superconductors. Magnetic monopoles might thus have been hiding in plain sight where no one was looking for them for a long time.