Introduction to Matrix Theory: with Applications in Economics and Engineering (Second Edition) (Hardcover) 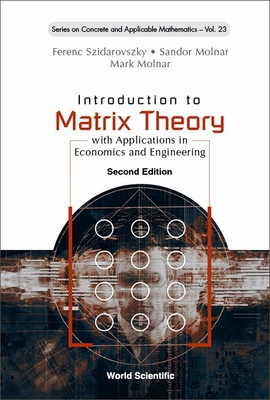 Introduction to Matrix Theory: with Applications in Economics and Engineering (Second Edition) (Hardcover)

Linear algebra and matrix theory are among the most important and most frequently applied branches of mathematics. They are especially important in solving engineering and economic models, where either the model is assumed linear, or the nonlinear model is approximated by a linear model, and the resulting linear model is examined.

The second edition will be an extended and modernized version of the first edition. We added some new theoretical topics and some new applications from fields other than economics. We also added more difficult exercises at the end of each chapter which require deep understanding of the theoretical issues. We also modernized some proofs in the theoretical discussions which give better overview of the study material. In preparing the manuscript we also corrected the typos and errors, so the second edition will be a corrected, extended and modernized new version of the first edition.