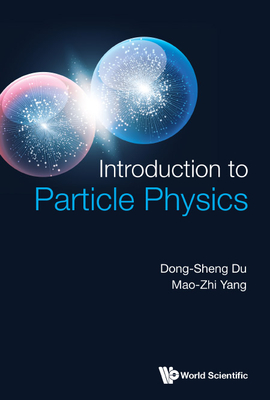 
Not On Our Shelves—Ships in 1-5 Days
(This book cannot be returned.)
This book focuses on the basics of particle physics, while covering as many frontier advances as possible.The book introduces readers to the principle of symmetry, properties and classification of particles, the quark model of hadrons and the interactions of particles. Following which, the book offers a step-by-step presentation on the unified theory of electromagnetic and weak interaction, as well as the gauge theory of strong interaction: quantum chromodynamics (QCD).In sequential order of the book's development, readers will study topics on the deep inelastic scattering and parton model, the mixing of electrically neutral particle and anti-particles of neutral K meson, neutral B meson and neutral D meson, the CP non-conservation, the charmonium, the exotic states, the glue-ball and hybrid state, the lattice gauge theory, the neutrino oscillation and CP violation of lepton system. Several new models beyond the standard model, such as the grand unified theory and supersymmetric model, are then discussed. As one of the salient takeaways of this book, readers will also explore the interface between cosmology and particle physics.This book is suitable for senior undergraduates, graduate students, teachers and researchers in the field of particle physics. It is also valuable for experimental and theoretical particle physicists as a foundation for further research.