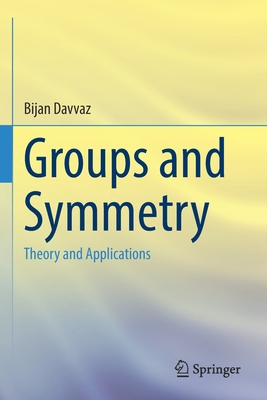 This textbook provides a readable account of the examples and fundamental results of groups from a theoretical and geometrical point of view. This is the second book of the set of two books on groups theory. Topics on linear transformation and linear groups, group actions on sets, Sylow's theorem, simple groups, products of groups, normal series, free groups, platonic solids, Frieze and wallpaper symmetry groups and characters of groups have been discussed in depth. Covering all major topics, this book is targeted to advanced undergraduate students of mathematics with no prerequisite knowledge of the discussed topics. Each section ends with a set of worked-out problems and supplementary exercises to challenge the knowledge and ability of the reader.

BIJAN DAVVAZ is Professor at the Department of Mathematics, Yazd University, Iran. He earned his Ph.D. in Mathematics with a thesis on "Topics in Algebraic Hyperstructures" from Tarbiat Modarres University, Iran, and completed his M.Sc. in Mathematics from the University of Tehran, Iran. He also has served as Head of the Department of Mathematics (1998-2002), Chairman of the Faculty of Science (2004-2006), and Vice-President for Research (2006-2008) at Yazd University, Iran. His areas of interest include algebra, algebraic hyperstructures, rough sets and fuzzy logic. On the editorial boards for 25 mathematical journals, Prof. Davvaz has authored 6 books and over 600 research papers, especially on algebra, fuzzy logic, algebraic hyperstructures and their applications.