Washington: Scenes from a Capital (Hardcover) 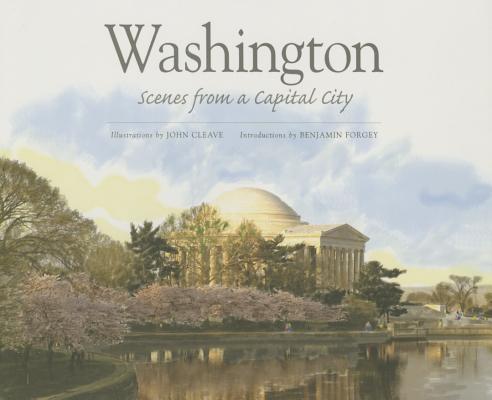 Washington: Scenes from a Capital (Hardcover)


Special Order—Subject to Availability
Washington is known around the world for its power, symbolized in daily television news bulletins with the White House or Capitol as background images. But it is the sheer beauty of the place that attracts millions of people to visit the capital city each year, and that continues to surprise and delight the more than half a million souls who call it home. Among such residents are architectural photographer John Cleave and architecture critic Benjamin Forgery, who collaborated to produce this book celebrating Washington's many, and varied Charms. The City's beauty is no accident. Washington was founded not long after the Revolutionary War as a visionary experiment, a place intended to embody the highest ideals of the young American democracy. These ambitions were inscribed in the audacious city plan created by Major Pierre Charles L'Enfant, a multi-talented associate of George Washington - the most important of the city's founders and, not incidentally, the hero for whom the capital was named. In the images and words Cleave and Forgery chronicle the city's transformation from near wilderness to world capital. In so doing, they provide a memorable portrait of an endlessly fascinating - and beautiful - city.