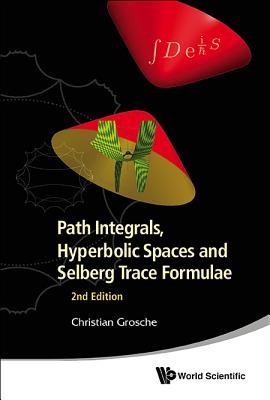 
Not On Our Shelves—Ships in 1-5 Days
(This book cannot be returned.)
In this second edition, a comprehensive review is given for path integration in two- and three-dimensional (homogeneous) spaces of constant and non-constant curvature, including an enumeration of all the corresponding coordinate systems which allow separation of variables in the Hamiltonian and in the path integral. The corresponding path integral solutions are presented as a tabulation. Proposals concerning interbasis expansions for spheroidal coordinate systems are also given. In particular, the cases of non-constant curvature Darboux spaces are new in this edition.The volume also contains results on the numerical study of the properties of several integrable billiard systems in compact domains (i.e. rectangles, parallelepipeds, circles and spheres) in two- and three-dimensional flat and hyperbolic spaces. In particular, the discussions of integrable billiards in circles and spheres (flat and hyperbolic spaces) and in three dimensions are new in comparison to the first edition.In addition, an overview is presented on some recent achievements in the theory of the Selberg trace formula on Riemann surfaces, its super generalization, their use in mathematical physics and string theory, and some further results derived from the Selberg (super-) trace formula.