From a Grain of Salt to the Ribosome: The History of Crystallography as Seen Through the Lens of the Nobel Prize (Structural Biology #4) (Hardcover) 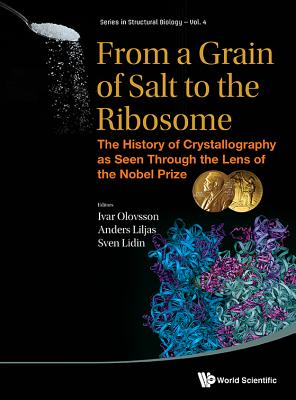 From a Grain of Salt to the Ribosome: The History of Crystallography as Seen Through the Lens of the Nobel Prize (Structural Biology #4) (Hardcover)


Not On Our Shelves—Ships in 1-5 Days
(This book cannot be returned.)
This book is published to celebrate the International Year of Crystallography 2014, as proclaimed by the United Nations. The year has been chosen as the International Year of Crystallography since it was 100 years ago that the first Nobel Prize was awarded for crystallographic observations to Max von Laue. Just a year later, Sir William Henry Bragg and William Lawrence Bragg, father and son, won their prize for showing the possibility of determining atomic positions in crystals. This book describes the lives and works of 33 Nobel Laureates starting with Wilhelm Conrad R ntgen (1901) and ending with Brian Kobilka (2012). It also reproduces the most important works of these scientists. The book gives a historical perspective of a scientific field that is important for our understanding of the atomic organization of the world around us, from inorganic materials to complex biological molecules, such as the ribosome.This book is a timely summary of the main developments in crystallography over the last 100 years. The central publications of 33 Nobel laureates are reproduced. There is no other book providing this selection of material.