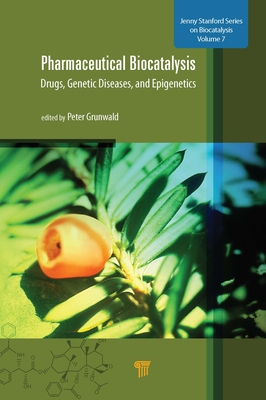 
Special Order—Subject to Availability
(This book cannot be returned.)
Volume 7 of the Jenny Stanford Series on Biocatalysis deals with several different aspects of pharmaceuticals, which include not only various applications of drugs and their metabolism but also natural resources for active pharmaceutical ingredients as well as the removal of pharmaceutical pollution. In detail, novel approaches for developing microbial fermentation processes to produce vitamin B6 using microorganisms are described together with novel routes for vitamin B6 biosynthesis. The other topics discussed are new approaches for producing the successful anticancer drug Taxol from naturally occurring precursors, molecular farming through plant engineering as a cost-effective means to produce therapeutic and prophylactic proteins, and successful screening of potent microorganisms producing L-asparaginase for various chemotherapeutic applications. Furthermore, microbial biotransformations in the production and degradation of fluorinated pharmaceuticals are described. The other chapters inform the reader about the biotransformation of xenobiotics/drugs in living systems, the degradation of pharmaceuticals by white-rot fungi and their ligninolytic enzymes, and the removal of pharmaceutical pollution from municipal sewage using laccase.