Western Texts on Indian Dance: An Illustrated Guide from 1298 to 1930 (Hardcover) 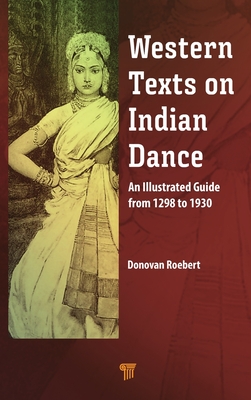 Western Texts on Indian Dance: An Illustrated Guide from 1298 to 1930 (Hardcover)

This unique work is an annotated collection and collation of Western writing on Indian dance from the period of Marco Polo's travels to India to the formulation of the anti-devadasi bill in 1930, and a little beyond. The book reproduces more than 250 extracts from important texts, which provide examples of how dance in India was perceived as an art, as well its position in the broader cultural, religious, social, and ethical environment. Though some excerpts from these texts are cited in other writings on Indian dance history, there is no other available work that reproduces such a large number of historical writings on Indian dance and places them in a fluid historical context.

Donovan Roebert is an artist and writer whose artworks are sold internationally. He has published works on Buddhism, inter-religious dialogue, and Indian dance, as well as a play and four novels. Roebert is an independent researcher into pictorial and textual data for the history of dance in India. He has written articles for various journals and other print media and hosts the blog Aspects of Pictorial Indian Dance History, where he has published more than 50 essays on historical pictorial items relating to Indian dance.