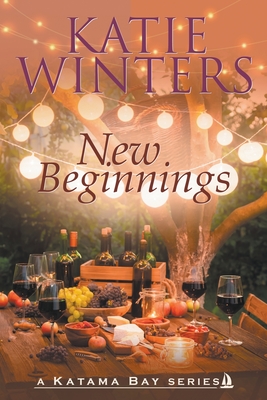 A marriage between two lost souls who finally come together after decades as "just friends." A mysterious little girl with a secret past. And a struggle with IVF that continues to demand courage and inner strength.

It's finally time for Carmella to marry the love of her life -- her best friend turned boyfriend turned fianc , Cody. As she grapples with her new role as stepmother to Gretchen, she learns some surprising news about her own situation -- and finds herself rewriting a future she'd once thought would be aimless and incredibly lonely.

Alyssa has only loved one person in her life -- her high school boyfriend, Hunter, who she broke up with over four and a half years ago. His surprise appearance at a loft party in Brooklyn ignites Alyssa's soul all over again, but the joy is short-lived. Rather soon, Alyssa learns that Hunter is in the depths of a depressive spell and must go to rehab. As she attempts to help him, she discovers that he has a little girl in his care, a beautiful curly-haired blonde without a name. As Hunter heads to rehab, Alyssa is left with the depths of Hunter's secrets, hopeful to discover ways to help both him and his little girl.

Meanwhile, Alyssa finds her sister, Maggie, a worthy team-mate in this sudden and very strange version of "motherhood." Throughout this time, Maggie struggles through her first round of IVF, bouncing over emotional hurdles and demanding much more of herself than she can always give.

Dive into book seven of The Katama Bay Series -- a heartwarming journey of motherly and sisterly love, healing, and promise for better days, all on the island of Martha's Vineyard, with its gorgeous ocean views, its endless summer days, and its bubbly cast of islanders.