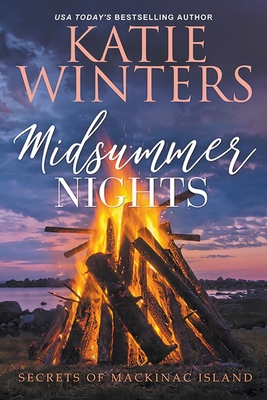 For Tracey, these particular summer nights just might change her life forever. If she'll let them.

Tracey Swartz is a lot of things-- fashionable, spontaneous, quick with a joke, and easy to laugh. No, she hasn't had an easy life. But who has?

But it's finally time for Tracey's big break. Elise's new screenplay is set to start filming on Mackinac Island that summer, and Elise has arranged for Tracey to work in costuming on-set. Tracey is both terrified and thrilled to be a part of "movie magic."

But as Tracey prepares for her role, a chance encounter with a man from her past leaves her reeling. Suddenly, she finds herself lost in an emotional correspondence with her daughter's long-lost father-- a man she thought she'd never hear from again.

Chaos ensues as Tracey and her ex-lover become closer than they ever should have been.

On top of it all, the movie director of Elise's film is not who he appears to be-- and soon reveals himself to be something of an unlikely savior in Tracey's life.

Plus, Tracey's daughter, Emma, has secrets of her own.

Dive in for book four of Secrets of Mackinac Island, that gem of an island between the southern and northern peninsulas of Michigan, where secrets have been kept for the previous forty years.