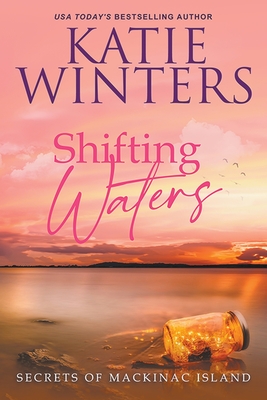 Mackinac Island prepares for an approaching summer of gorgeous coastal walks, carriage rides, and blissful nights of celebration -- and for the first time in her life, Cindy Swartz is ready for change.

Last autumn, Cindy's half-sister, Elise, arrived to the island with dramatic news that flipped the Swartz family upside down.

Around the same time, Cindy's long-lost son, Michael, also returned after three years away. He'd never told her where he went; he'd never called. Cindy doesn't know how to mend their relationship -- and she's not sure Michael even wants to try.

As the people around Cindy grow and change and demand more of themselves, Cindy finds herself re-analyzing her life and asking herself big questions.

Does her husband, Fred, even respect her -- let alone love her?

Why has she been so unhappy for so long?

What is her passion? Has she ever had one?

Is there more to life?

Dive in for book three of Secrets of Mackinac Island, that gem of an island between the southern and northern peninsulas of Michigan, where secrets have been kept for the previous forty years.