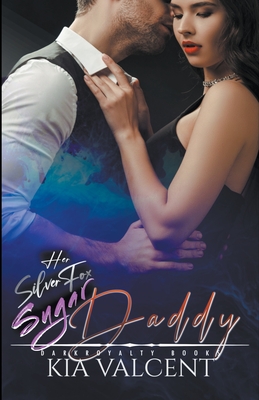 Kaien Asner was an aspiring graphic designer who had planned to marry his high school sweetheart of two years as soon as he was done with college. Everything changed when he found out he was going to be a father at 18. With the help of his parents, he stayed with his girlfriend Loralai and married her, making sure she had the future she would have had, had she not gotten pregnant with their son. As repayment for his sacrifice and caring for their son while she enjoyed her college life, she divorced Kaien, leaving him with absolutely nothing to his name and running off with her boss.
With the help of his parents and his best friend, he was able to get back on his feet. To deal with the loneliness, and having the money but not the looks, he signed up to be a Sugar Daddy, hoping that the young girl he matched with would love and accept him.

Alvah Richards had a rough teenage life and lost all interest in guys her age after a traumatic event. As soon as she turned 18, she signed up to be a Sugar Baby in search of a Sugar Daddy who was looking for more than just a young girl on his side and sex with. What will happen with their contract relationship, when he finds out that he's closer to her than she thought?