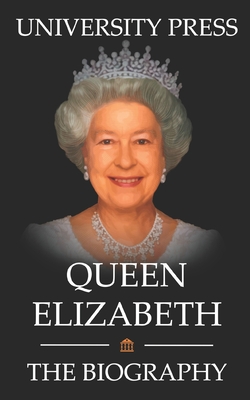 
Backordered
(This book cannot be returned.)
University Press returns with another short and captivating portrait of one of history's most compelling figures, Queen Elizabeth II. Queen Elizabeth II is much more than a ceremonial figurehead. She is the current queen of the United Kingdom and other Commonwealth realms and, as the longest-serving monarch in British history, she has tried to make her reign more modern and sensitive to a changing public while maintaining cherished traditions associated with the crown. After a peaceful childhood, Princess Elizabeth Alexandra Mary became a military truck driver and mechanic during World War II, married her distant cousin in 1947, and was crowned Queen in 1952 at the age of 27. Although her royal family has been struck by its share of tragedy and scandal, she has worked tirelessly to protect the image of the monarchy and prepare for its future. On February 6, 2017, the Queen celebrated 65 years on the throne, the only British monarch to ever celebrate her Sapphire Jubilee. This short book tells the intensely human story of a woman who has changed the world in a way that no one else could.