To Sydney By Stealth: The Graphic Story Of The Japanese Submarine Raid: Raid On Sydney Harbour (Paperback) 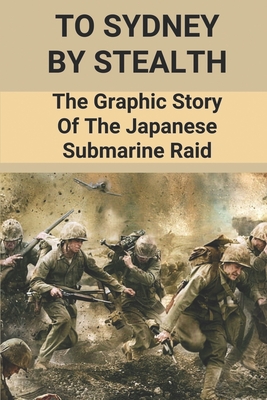 To Sydney By Stealth: The Graphic Story Of The Japanese Submarine Raid: Raid On Sydney Harbour (Paperback)

In late May and early June 1942, during World War II, submarines belonging to the Imperial Japanese Navy made a series of attacks on the cities of Sydney and Newcastle in New South Wales, Australia.
These were the headlines:
"May 31, 1942, Operation Midget Commenced"
"Kuttabul Sunk in Sydney Harbour - 19 killed"
"Harbour in Uproar of Depth Charges"
"Sydney under Shell-fire"
"Local Ship Torpedoed Off Coast"
This book presents the graphic story behind the submarine attack on Sydney from both Australian and Japanese viewpoints. Twenty years after the end of World War II, I returned to Japan and met Takeo Yamashita at an official Australian reception in Osaka. I was a former prisoner of war of the Japanese in Singapore, Thailand, and Japan, and Takeo Yamashita was a former prisoner of war of the Australians in the Celebes. We talked and found we had a mutual agreement on the stupidity of war and a common desire for future friendship between Australia and Japan. Out of that discussion, the idea of this book was born.