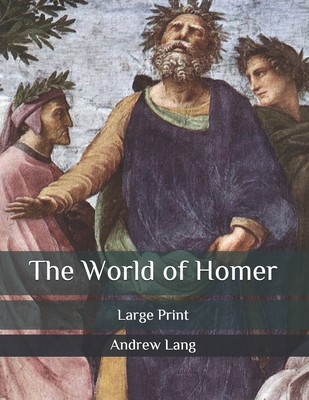 
Special Order—Subject to Availability
(This book cannot be returned.)
Homer conceives of his heroes as living in an age indefinitely remote: their epoch "has wonits way to the mythical." They are often sons or grandsons of Gods: the Gods walk the earthamong them, friendly, amorous, or hostile. From this fact, more than from the degeneracyin physical force which Homer often attributes to his contemporaries, we see that the mistof time and the glamour of romance have closed over the heroes.But this might happen in the course of a pair of centuries. In the French Chansons de Gesteof 1080-1300, Charlemagne (circ. 814), a perfectly historical character to us, -has becomealmost as mythical as Arthur to the poets. He conquers Saracens as Arthur conquers allwestern Europe; he visits Constantinople; he is counselled by visible angels, who to somedegree play the part of the gods in Homer.Perhaps two or three centuries may separate Homer from any actual heroic princes ofwhom traditions have reached him. Modern research holds that the Achaeans of Homer, byinfiltration and by conquest, had succeeded to more civilised owners of Greece.But Homer has nothing to say about a conquest of Greece by the Achaeans, Danaans, Argives, and the rest, from the north, except in two cases. He speaks of combats with wildmountain-dwelling tribes in Thessaly, in Nestor's youth. Nestor knew "the strongest of menwho warred with the strongest, the mountain-dwelling Pheres," shaggy folk, says theCatalogue, whom Peirithous drove out of Pelion in northern Thessaly, and forced back onthe Aethices of Pindus in the west. It appears, from recent excavations, that the age ofstone lingered long in these regions, and the people were probably rude and uncultivated, like the Centaurs.