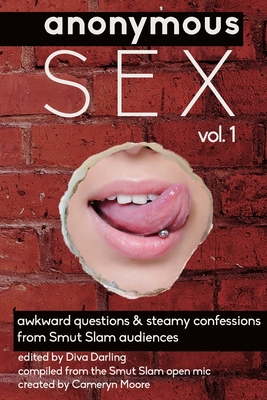 
Not On Our Shelves—Ships in 1-5 Days
(This book cannot be returned.)
Peek into the bedrooms (and cars and offices and hotel rooms and...) of ordinary people in this collection of anonymous sexual confessions from Smut Slam open mic storytelling shows around the world. Running the gamut of sexual orientation and gender identity, monogamy and polyamory, sweetly vanilla and hardcore kinky, these secrets are as likely to be awkward or hilarious as they are steamy.These true-life tales are interspersed with sex questions asked at shows and answered here by Smut Slam founder Cameryn Moore and fellow hosts Diva Darling (DC), Helvetica Bold (Ottawa), and Lucas Brooks (Boston). Original erotic illustrations inspired by confessions bring them to vivid life, rendered by artists Avid (DC), Jo Sordini (Berlin), Joe Largess (DC), GUNK (Cardiff), and S l Hilmars (Reykjavik).Whether you've never heard of Smut Slam or are a die-hard member of the Slamily, you'll find yourself delighted, entertained, and-- perhaps most importantly-- represented in these pages of "wholesome smut".Fans of true stories and confessions like PostSecret and Humans of New York will love this look at the sex lives of regular people around the world.Smut Slam International is a real-life, first-person open mic storytelling show that's all about sex. Created by artist, former sex worker, and educator Cameryn Moore, it has run regularly in 17 cities on 4 continents since its first franchise in 2016. Look for upcoming events at https: //smuslam.com.