Guide to Bushcraft Skills: Bushcraft is wilderness survival skills. It is about thriving in the natural environment, and the acquisition of the s (Paperback) 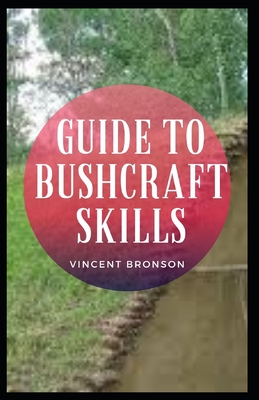 Guide to Bushcraft Skills: Bushcraft is wilderness survival skills. It is about thriving in the natural environment, and the acquisition of the s (Paperback)


Special Order—Subject to Availability
(This book cannot be returned.)
Bushcraft is wilderness survival skills. It is about thriving in the natural environment, and the acquisition of the skills and knowledge to do so. Bushcraft skills include firecraft, tracking, hunting, fishing, shelter-building, navigation by natural means, the use of tools such as knives and axes, foraging, water sourcing, hand-carving wood, container construction from natural materials, and rope and twine-making, among others.The term was popularized in the Southern Hemisphere by Les Hiddins (the Bush Tucker Man) as well as in the Northern Hemisphere by Mors Kochanski and more recently gained considerable currency in the United Kingdom due to the popularity of Ray Mears and his bushcraft and survival television programs. It is also becoming popular in urban areas where the average person is separated from nature, as a way to get back in tune with their rural roots. citation needed] The origin of the phrase "bushcraft" comes from skills used in the bush country of Australia. Often the phrases "wilderness skills" or "woodcraft" are used as they describe skills used all over the world.Bushcraft is about living in the outdoor environment, in the wild, using knowledge and the natural resources around you to sustain yourself over a prolonged period. But the concept goes beyond mere survival - it's about thriving, being comfortable in nature. On the other hand, bushcraft has fewer creature comforts and links to civilisation than recreational camping - the more you bring with you, the less you're doing bushcraft and the more you're camping. The difference is really about how sustainably you can live outdoors.The essential tasks of bushcraft are obtaining potable water, fire lighting, making shelter and getting and preparing food, which encompasses a range of skills such as flintknapping, firecraft, finding food & water, hunting, fishing, making shelters, rope & cord making, skins & hides, tracking, natural navigation, basketry, leatherwork, and much more.Quite a large bushcraft movement has developed (more so in the UK and the US than in mainland Europe) from different sources. First there were the survivalists, the most famous of whom was probably Lofty Wiseman, and then the Bush Tucker Man, focusing on food, followed by Ray Mears, whose thoughtful, ecological approach brought bushcraft into millions of living rooms and made it extremely popular. The three main perspectives are probably (still) survivalism; then the Ray Mears / ecological approach; and finally the spiritual / Native American path.