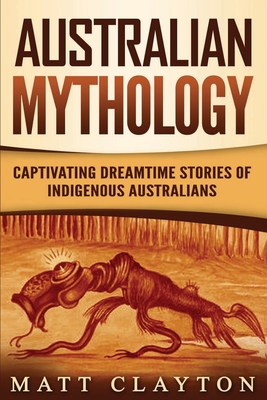 
Not On Our Shelves—Ships in 1-5 Days
(This book cannot be returned.)
If you're looking for a captivating collection of Australian myths, then keep reading... With a history reaching back over 40,000 years, Indigenous Australian culture is one of the oldest continually existing cultures in the world. According to DNA tests conducted at the University of Copenhagen, Indigenous Australian people are the descendants of the first migrants to have left the birthplace of humanity in Africa, some 75,000 years ago. Across these many millennia, the Indigenous peoples of Australia have established complex and unique societies that have adapted well to the often harsh conditions of the Australian landscape. Although Indigenous Australian culture tends to be named as though it were a single unit, it is far from monolithic. According to the Australian government's website, at the time of first contact with Europeans, there were some 500 distinct Indigenous nations inhabiting Australia, speaking different languages and following their own religious and cultural practices, with a certain amount of overlap across cultures. As with all human societies, that of the Indigenous Australians is abounding in stories. Stories of how the world came to be the way it is, stories of heroism and perfidy, stories about animals and birds, and stories about love and hate all have parts to play in the wide array of myths, legends, and tales created by Indigenous Australians. Australian Mythology: Captivating Dreamtime Stories of Indigenous Australians invites you to go on a startling journey and discover:
So if you want a captivating collection of Australian myths, click the "add to cart" button