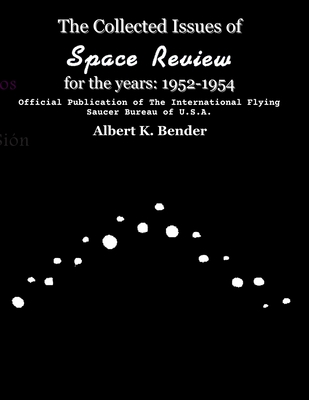 
Not On Our Shelves—Ships in 1-5 Days
(This book cannot be returned.)
It is generally a good idea to return to the classics in any genre. This also goes for UFO literature. Rereading a book after ten or twenty years is a rewarding experience. You will discover new data and ideas you didn t notice before. The reason, of course, is that you are, in many ways, not the same person reading the book the second or third time. Hopefully you have advanced in knowledge, experience, intellectual and spiritual discernment. A good starting point is to reread the contactee classics of the 1950s, in order to understand the deeper mystery involved in what happened during that era. Albert K. Bender (June 16, 1921 - March 29, 2016) author of the 1962 nonfiction book Flying Saucers and the Three Men, was one of the most influential ufologists of the 1950s/60s. He served in the United States Army Air Forces during World War II. He was obsessed with the UFO phenomenon and became a UFO researcher, founding the International Flying Saucers Bureau. In 1965, he founded the Max Steiner Music Society. SPACE REVIEW was the official magazine about ufology established in in 1953 by Albert K. Bender. Bender made a series of discoveries, which led him to believe that he had finally found the truth to the UFO cover-up. He had planned to reveal his findings in the October issue of the Space Review, but before the issue was published, Bender was visited by three "men dressed in black," who had already read the unpublished report and confirmed his findings. The "silencers" as he called them, scared Bender to the point where he did not publish the report, but left a warning: "We advise those engaged in saucer work to please be very cautious." Bender then suspended publishing on his publication and dissolved the International Flying Saucer Bureau (IFSB). These issues of Bender's SPACE REVIEW, letter size are one of the earliest serials UFO publications. Saucerian Publisher was founded with the mission of promoting books in Science Fiction. Our vision is to preserve the legacy of literary history by reprint editions of books which have already been exhausted or are difficult to obtain. Our goal is to help readers, educators and researchers by bringing back original publications that are difficult to find at reasonable price, while preserving the legacy of universal knowledge. This book is an authentic reproduction of the original printed text in shades of gray and may contain minor errors, and readers' pencil markings from the original scanned copy. Despite the fact that we have attempted to accurately maintain the integrity of the original work, the present reproduction may have minor errors beyond our control like: missing and blurred pages, poor pictures and markings. Because this book is culturally important, we have made available as part of our commitment to protect, preserve and promote knowledge in the world. These issues are an authentic reproduction of the issues of Bender's SPACE REVIEW for the years: 1952- 1954. Great, but unpretentious, these issues are extraordinarily rare symbols by themselves of what was going on in those early years of the modern UFO era. This title has the following issues: Vol. 1. No. 1; Vol. 2. Nos1,2,3,4; Vol. 3. Nos.1,2,3.___Copy and paste the link for our books: https: //saucerianbooks.blogspot.com/ __