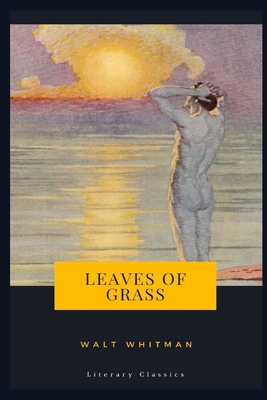 
Special Order—Subject to Availability
(This book cannot be returned.)
Walt Whitman, in full Walter Whitman, (born May 31, 1819, West Hills, Long Island, New York, U.S.-died March 26, 1892, Camden, New Jersey), American poet, journalist, and essayist whose verse collection Leaves of Grass, first published in 1855, is a landmark in the history of American literature. Leaves of Grass, collection of poetry by American author Walt Whitman, first presented as a group of 12 poems published anonymously in 1855. It was followed by five revised and three reissued editions during the author's lifetime. Poems not published in his lifetime were added in 1897. The unconventional and expansive language and subjects of the poems exerted a strong influence on American and foreign literature but also led to the book's suppression on charges of indecency. The first edition included noted poems such as "Song of Myself" and "I Sing the Body Electric," celebrating the beauty of the human body, physical health, and sexual passion. In a preface that was deleted from later editions, Whitman maintained that a poet's style should be simple and natural, without orthodox metre or rhyme, like an animal or tree in harmony with its environment. Among the 122 new poems in the third edition (1860-61) were Whitman's "Calamus" poems, which record an intense homosexual love affair. His Civil War poems, Drum-Taps (1865) and Sequel to Drum-Taps (1865), were included in the fourth edition (1867). The seventh edition (1881-82) grouped the poems in their final order, and the eighth edition (1889) incorporated his November Boughs (1888). "Garrulous to the very last" (as he wrote), he contemplated death yet also wrote buoyant poems for his ninth, "deathbed" edition (1891-92).