The Chemistry of Heart Attack: Why Humans Should Not Eat Meat (Paperback) 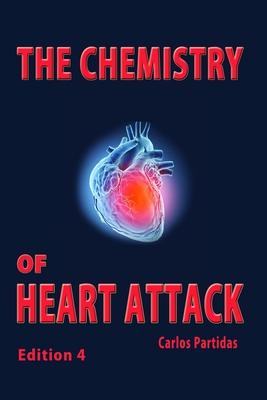 The Chemistry of Heart Attack: Why Humans Should Not Eat Meat (Paperback)


Not On Our Shelves—Ships in 1-5 Days
(This book cannot be returned.)
It was necessary to edit this fourth edition of The Chemistry of Infarction, because cerebrovascular diseases are the first cause of death in humans. Every two seconds an infarct person dies, not counting other conditions related to cardiovascular problems, such as dementia, paraplegia and memory loss. So we have carefully reviewed the content of this book, to adapt it to the reality of the Origin of the Universe, because not all people know, that when we eat the meat of an animal brother, we are equally ingesting a different type of cholesterol from ours, so this cholesterol of animal origin will accumulate in the arteries causing high blood pressure. Likewise, we have reviewed the chemistry of fatty acids; since, in the process of hydrogenation to convert natural unsaturated oils into solid fats, in the catalytic process a mixture of "trans" fatty acids and saturated fatty acids is obtained, which are insoluble in the blood plasma; in such a way, that these synthetic fatty acids will combine with the cholesterol coming from the meat; and when this solid plaque is formed in the arteries, the blood flow will be obstructed. So there is the possibility of a heart attack. These hydrogenated "trans" fatty acids are consumed under the name of margarines.