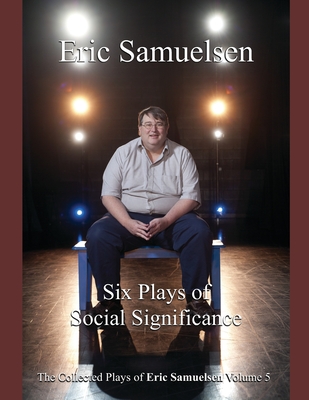 
Not On Our Shelves—Ships in 1-5 Days
(This book cannot be returned.)
Eric Samuelsen's playwrighting career has spanned 40 years and produced a body of work almost unparalleled in modern theatre. More than 80 plays, short plays, including a musical or two, and an opera libretto. He has been produced across the nation. His work remains in your heart and mind long after the lights go down or the book closes. -- IN THIS VOLUME: PECULIARITIES - Five plays with situations in which moral rigidity and sexuality collide in Mormon cultureDO GOOD - one man's dream of serving the country and the people he loves makes it evident that he holds higher standards than he is capable of reaching -- LITTLE EYOLF - about secrets, hidden longings and choices and consequences and how those choices have the possibility of destroying lives -- MAGNIFICENCE - John Skelton's 15th Century morality play dealing with the evils of ambition is updated and the modern parallels are uncanny -- RAIN-IN-THE-FACE - Annie Oakley meets the Chief who killed Custer. What is truth? Is it White truth, or Native truth? Is it man's truth, or woman's truth? -- WINDING SHEET - Victorian social reformer, Josephine Butler, in her crusade to end prostitution runs up against the British PeerageWith an Introduction by Megan Sanborn Jones.