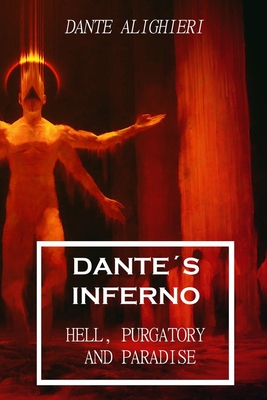 
Special Order—Subject to Availability
(This book cannot be returned.)
Dante Alighieri Dante Alighieri (1265 - 1321), was an Italian poet, writer and philosopher. His Divine Comedy, originally called Comed a and later christened Divina by Giovanni Boccaccio, is widely considered the most important poem of the Middle Ages and the greatest literary work in the Italian language.Dante is known for establishing the use of the vernacular in literature at a time when most poetry was written in Latin, making it accessible only to the most educated readers. His De vulgari eloquentia was one of the first scholarly defenses of the vernacular. His use of the Tuscan dialect for works such as The New Life (1295) and Divine Comedy helped establish the modern-day standardized Italian language, and set a precedent that important later Italian writers such as Petrarch and Boccaccio would follow.Dante was instrumental in establishing the literature of Italy, and his depictions of Hell, Purgatory and Heaven provided inspiration for the larger body of Western art. He is cited as an influence on Geoffrey Chaucer, John Milton and Alfred Tennyson, among many others. In addition, the first use of the interlocking three-line rhyme scheme, or the terza rima, is attributed to him. He is described as the "father" of the Italian language, and in Italy he is often referred to as il Sommo Poeta ("the Supreme Poet"). Dante, Petrarch, and Boccaccio are also called the tre corone ("three crowns") of Italian literature.The Divine Comedy is a long Italian narrative poem by Dante Alighieri, begun c. 1308 and completed in 1320, a year before his death in 1321. It is widely considered to be the pre-eminent work in Italian literature and one of the greatest works of world literature. The poem's imaginative vision of the afterlife is representative of the medieval world-view as it had developed in the Western Church by the 14th century. It helped establish the Tuscan language, in which it is written, as the standardized Italian language. It is divided into three parts: Inferno, Purgatorio, and Paradiso.The narrative takes as its literal subject the state of the soul after death and presents an image of divine justice meted out as due punishment or reward, and describes Dante's travels through Hell, Purgatory, and Heaven.