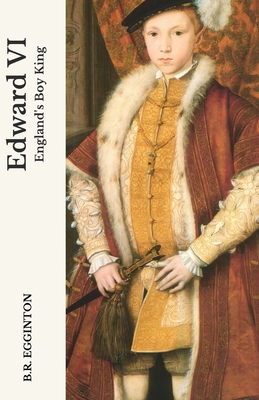 
Not On Our Shelves—Ships in 1-5 Days
(This book cannot be returned.)
The birth of Edward VI in 1537 marked the end of Henry VIII's quest to procure a son and heir to continue the Tudor dynasty.
Described by his father as his 'most precious jewel', the boy certainly hadn't come cheap - representing the product of three marriages and the abandonment of the Catholic Church.
When Edward came to the throne nine years later, his subjects hoped the boy king's reign would herald a fresh start after the increasingly unstable and autocratic rule of his father.
Reigning for just six years, the initial optimism soon turned sour. Factionalism at the royal court, bitter divisions over England's religious future, and social unrest inflicted widespread hardship and very nearly plunged the kingdom into civil war.
An age often neglected by historians, this time of controversy and turbulence became even more so upon his untimely death at just fifteen years of age: setting the stage for one of the most dramatic succession crises in world history, out of which emerged the hapless 'Nine Days' Queen' and the notorious 'Bloody Mary'.
Overshadowed by his large-than-life father and his half-sister, Elizabeth I, Edward was an intelligent, ambitious and strong-minded boy who had all the traits to make him a great and effective monarch if given the chance.
A devotee of the Protestant Reformation, his time on the throne is credited with laying the foundations of the present-day English church, leaving a lasting impression on the culture of the kingdom he ruled. What's more, Edward VI's story is living proof that fact is stranger than fiction - packed full of betrayal, bloodshed and changing fortunes.