Hearts of Resilience: How I Overcame a Heart Transplant and a Life of Adversity (Paperback) 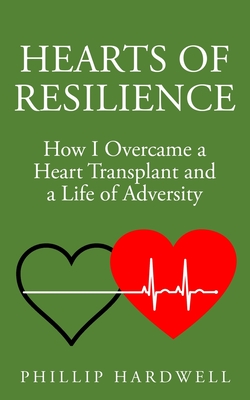 Hearts of Resilience: How I Overcame a Heart Transplant and a Life of Adversity (Paperback)


Backordered
(This book cannot be returned.)
Are you struggling with life and feel like it is always against you? I know the feeling because I have overcome many struggles in my relatively short life. My journey has included mental health issues, losing a parent at a young age and enduring a difficult childhood involving drug and alcohol abuse. To help overcome this, I discovered fitness and competed in a bodybuilding competition at the age of 15. With my life lacking direction, I joined the army and served 12 years in 29 Commando Regiment, passing the All Arms Commando Course, one of the toughest military courses in the world. Following this, I conducted two tours of Afghanistan. Just as life was finally looking up, it came crashing down on me when, at the age of 29, I was unexpectedly diagnosed with a rare genetic type of heart disease, effectively ending my army career there and then. With a young family to support I couldn't afford to feel sorry for myself, so I embarked on a new career, only for my illness to get rapidly worse, eventually needing an urgent life-saving heart transplant. After an agonising five months at the Royal Papworth Hospital, including a remarkable eight operations and nearly dying three times, I received my new heart and am now thriving. Since the transplant I have raised money for charity by playing football and I completed a half-marathon less than 18 months after the transplant. I am living proof that miracles do happen, and I put this down to my resilience and 'never give up' attitude. Resilience is inside all of us - may my journey be an inspiration for you to discover yours. 'Phill is inspirational'
Mark Llewellin, Number 1 best-selling author who broke the 100-kilometre Treadmill World Record. About Phillip Hardwell
I grew up in a small town called Yate, which is just north of the city of Bristol, where I still reside now with my two boys Reggie and Luca, and dog Pedro. After a difficult upbringing, when I was 14 my mum died from a rare form of heart disease, unbeknownst to me until 15 years later. My mum's death left me an anxious and depressed teenager. I joined the army at 18 and went on to serve 12 years as a gunner in 29 Commando Regiment Royal Artillery. I served in two tours of Afghanistan and various exercises around the world, including Norway, the Falkland Islands and the US. My hobbies include running, weightlifting, reading and watching football. My aim is to make the most of my second chance at life. This includes being the best dad that I can be, promoting organ donation and raising money for charity by taking part in physical challenges.