A Helluva Ride: How a father-son family business overcame crisis to achieve the American Dream (Paperback) 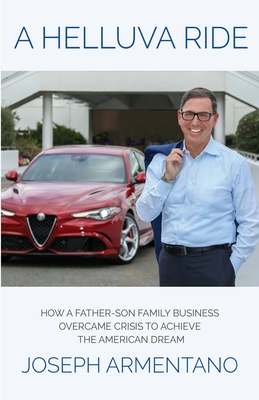 A Helluva Ride: How a father-son family business overcame crisis to achieve the American Dream (Paperback)

PAT ARMENTANO, a son of Italian immigrants, became a legend to his friends when, at the age of nine, he saved enough money from his shoe shining business to buy his mother a refrigerator.

That was his first successful venture as an entrepreneur. It was far from his last. By the time of his death, he'd built the number one propane company in the Northeast.

Pat was more than a brilliant, self-taught businessman and salesman. His warm personality and engaging style were people magnets. You would want to be in his orbit, just to see him smile. Pat and his oldest son Joe enjoyed a father-son relationship built on mutual admiration, respect, and love. Their bond deepened through the years as they grew their family business and met tragedies and crises together.

Joe Armentano's memoir is a tribute to his father's out-sized personality, his passion for life, and his remarkable ability to shake off failure and move forward.

When the world served up problems, his answer was simple: just smile.