Beautiful Ashes: A True Story of Murder, Betrayal, and One Woman's Search for Peace (Paperback) 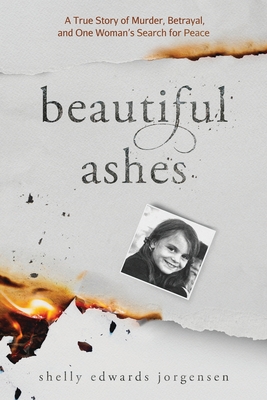 Beautiful Ashes: A True Story of Murder, Betrayal, and One Woman's Search for Peace (Paperback)

She watched as her mother's body was removed from the ashes of her home . . .

Unbearable loss, dangerous secrets, and a life-threatening illness endangered her only hope for a future . . .

When fifteen-year-old Shelly Edwards's mother is murdered by her alcoholic father, she loses her home, her family, and the only life she's ever known.

Abandoned, broken from abuse and assault, facing poverty, and gripped with fear for her life, Shelly struggles to dismantle decades of lies.

But into the deepening darkness that follows, God sends heavenly gifts, leading Shelly to a newfound faith. There she finds a peace she's never thought possible.

When Shelly eventually meets the man she will marry, she thinks her life will finally be everything she's ever dreamed of, but the lingering wounds of her past-and new, devastating medical complications-shake her faith. After all she's endured, can she rise from the ashes and trust God once more?

You'll be transformed by Shelly's riveting memoir about how love, forgiveness, courage, determination-and the guidance of angels-can overcome even the greatest anguish.