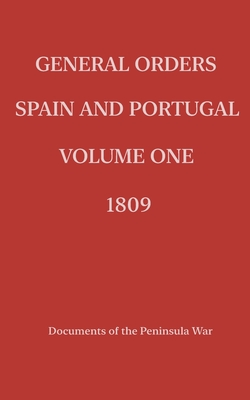 Beginning with 1809 and continuing to the end of the occupation of France in 1818, annual volumes of the General Orders of the British Army were printed for distribution to the units of the forces. The first volume begins with the following explanation.

The Commander of the Forces has been pleased to direct that the standing General Orders for the Army under his command should be printed, not only for the more perfect reference to them as a Code of Regulations, which practice has established as essentially necessary for a British Army in the Field, but also to enable the Adjutant General to furnish immediately every Regiment that joins the Army, or every new Division or Brigade that may be formed, with complete Copies of all the Rules and Orders which have been issued from time to time, for the Conduct and Guidance of the British Forces serving in the Peninsula.

These are an important and unredacted primary source on Wellington's army, not only for the regulations of the forces, but also of appointments, reports of all general courts martial, and for compliments and reproofs of both regiments and individuals.

Volume One includes all the published general orders from April 27th through December 28th, 1809